I had dreamt of going to New Zealand for many years.  It was a place that I thought if I ever went to I might not come back.   I had been saving a long time for the trip so when I found a great off season special I booked it.   My flight to Los Angeles was delayed due to wildfires and I remember thinking how fortunate I am and that set the tone for the entire trip.


Because of the delay I was minutes away from missing my connection to Auckland and there wasn't another flight for 3 days.  When the ticket agent gave me my boarding pass she told me to run and when I arrived at the gate to not hand my boarding pass to the gate agent but to drop it – if they picked it up they would let me on the plane.  I felt like a television commercial running through LAX with my bag.  Fortunately, I only had one small carry on with me (reason #32 to always pack light!) so I was able to move quickly.  The gate agents saw me running and told me not to worry they would wait for me.  It was such a relief.  I wasn’t a very experienced traveler then and didn’t really know how to make alternate arrangements or what to do if I got stuck at an airport.  As I boarded the plane the flight attendants assured me that they would take good care of me and that my holiday started now!  It was by far the best airport and flight experience I have ever had due to the wonderful people at Qantas!


After arriving in Auckland I immediately flew to the south island.  I stayed at a lovely B&B in Nelson and the hostess recommended a short walk in Abel Tasman National Park.  I was still tired from the long trip so a nice walk sounded perfect.  I took a small boat with about 20 people to be dropped off at the trailhead.  I was more than surprised when I was the only one getting off as they handed me a map and told me to be on the other side in 5 hours to be picked up.  When I asked how long it would take they said 4 – 5 hours depending on how quickly I walked.  At first I was terrified as I stood alone and watched the boat pull away.  With the Tasman Sea on one side and the Rainforest on the other it was time to begin my trek.


Walking (or tramping as it’s called in NZ) along this trail was unbelievable.  I felt like a character in a fairytale; I was so far away from home in this strange and beautiful place.  It was a glorious day with the bright blue sky blending with the color of the sea and the lush green forest shining from the morning dew.  Staying very cognizant of the time I moved quickly following the few small trail markers along the way.  I only paused briefly to eat and take photos but I had no idea how long it would take me to get to the pick-up location so I didn’t want to waste time.  I only encountered a handful of people (going in the opposite direction) none of whom spoke English so I felt totally isolated.  Part of that was frightening but it also made me feel strong and determined.  When I arrived at the pick-up spot I felt such a feeling of accomplishment.  It was a truly the most beautiful hike I’ve ever taken.


I traversed the entire south island by train and coach and was amazed at the diversity of this gorgeous country; coastlines, rainforests, glaciers, mountains and lush rolling green plains.  It was all so beautiful but it wasn’t until I flew over Milford Sound in a small 6 seater plane that I thought to myself - if I were to die now I would be a happy woman.  Since I was traveling alone the pilot let me sit next to him in the cockpit, what an unbelievable experience.  It was absolutely surreal and the perfect way to end my New Zealand adventure.
Posted by Lynn at 12:42 PM No comments:

In my own Backyard 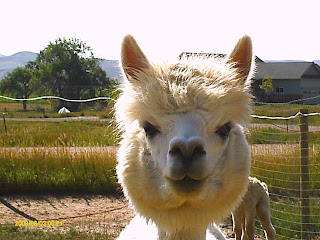 When I think of travel I always dream of those exotic faraway places that sound so thrilling but sometimes I am surprised by the adventures I can have in my own backyard.


Several years ago I saw an article on-line about a woman who quit her corporate job and started an Alpaca farm.  I was so intrigued by her story that I contacted her and found out that she lived just an hour away from me.  We communicated by phone and email for a short while and then she invited me to come to the farm and meet her family.


You would have thought I was going thousands of miles away to a foreign land for how nervous and excited I was.  The farm was gorgeous, out in the country with beautiful rolling hills all around.  When I pulled up, several of the Alpacas came to the fence to greet me.  These animals are not like livestock; instead they are more like pets.  So curious and gentle, they are really amazing creatures.


It was such a wonderful experience to spend time with this lovely family and see them living their dream with these beautiful animals.  It reminded me that just like life, travel is much more about the journey than the destination.
Posted by Lynn at 9:34 AM No comments:

It has been over 30 years ago and yet I remember it like it was yesterday.  The sights, smells and tastes of my first trip to Mexico.  I had never been out of the country before and spoke very little Spanish but I couldn’t wait to go.  My hotel was beautiful – it was an open air, old fashioned Mexican style right on the beach.  The first thing I had to learn was how to say “please remove the lizard from my room”.   I was enchanted beyond belief.


My first night at dinner I was very nervous and trying to order my meal in Spanish was a bit of a challenge but everyone was so polite and helpful I quickly felt at ease.  That was my first experience with people being so curious about the American woman traveling on her own.  The hotel staff made it a point to give me special attention and I felt so welcome and safe with them.


Later that evening I met a group of Canadians and we hit it off immediately.  This was their annual trip and they asked me to join them for some of the activities they had planned.  We spent the next few days swimming in the ocean, horseback riding and of course lots and lots of fiestas, it was so amazing I couldn’t believe I had really done this.  I had come to this foreign country all by myself and it was incredible.  The food was fantastic and the people were so warm and gracious, it felt magical.


I was so proud of myself and felt very brave.  That trip changed my life and gave me the confidence to go anywhere in the world and all I could think about was where I wanted to go next!
Posted by Lynn at 9:54 AM No comments:

I have been trying to trace my ancestors for over 20 years and always hit one road block after another.  Last year I came across a wonderful genealogist from Scotland that helped me finally find my family.  In addition to great research and documentation they provide tours to the actual locations where they lived.  I have worked with other genealogists before but I knew right away this one was different; they didn’t want full payment up front.  Instead, it was pay as we go and based on what we could find.   I could not have been happier with the results and decided to book the tour so I could see everything first hand. 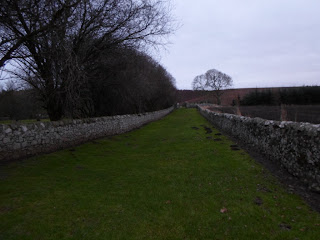 I flew into London and then took the train to Edinburgh, Scotland.  What a beautiful trip that was.  It was so relaxing to sit, have tea and look out at the beautiful countryside as we passed through.  At one of the stops in North Yorkshire (where most of my family is from) a woman stood up to get off of the train and I couldn’t believe my eyes – she looked so much like my mother it took my breath away.  It was an incredible feeling to see someone who looked so much like me and it gave me such a strong sense of belonging that it brought tears to my eyes.  The entire trip was far more emotional than I had ever expected.  To stand on the land that my Great, Great Grandfather farmed or see the ruins of the church where he was baptized and buried was unbelievable.


This was my personal version of “Who do you think you are?” and it was the experience of a lifetime, or should I say the lifetime of my family.  This combined my two great passions in life – my family and travel.  It was an incredible journey and I can’t wait to go back!


If you have Scottish or English heritage and would like more information I highly recommend ScotiaRoots - http://www.scotiarootstours.co.uk 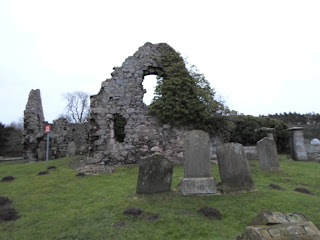